Posted by Jennifer Spiller on Mar 10, 2016 in Greetings Thinlits, In The Meadow, Watercolor | 19 comments

We all have people we need to thank in our lives.  One of my most resent thank you’s went to one of our local Jewelers…. On a recent sunny Saturday I was out running errands as many of us do.  I stopped by one of our local Jewelry stores (Jamie Hood Jewelry) to have some charms added to a bracelet.  I went in and spoke with Jamie and took care of business.  He went his way and I went mine.  Right out to my car where I had locked my key’s inside.  (Bunch of words>>>>>>>)  And this is where the story turns into a long drawn out drama.  I called AAA and asked them for a locksmith to help with unlocking the car.  After much conversation about, make, model, year, and many other questions pertaining to the car… And one quite telling question.  Had I lost my keys????  I as polite as possible told the man “no I can see my key’s inside the car…I need a locksmith to unlock my car”  He said OHHHHHH you need a “unlock service”…. I said…. “Yes I need a locksmith to unlock my car”  So, now at this point he tells me that he is calling in my “unlock service” and they will be in touch.  A little bit later a towing company called as said they were on the way.  I had been on and off the phone with Mike letting him know what was going on.  I called him to update the situation.  Mike’s first question was “why did they call a tow truck and not a locksmith.  This became the question of the day….After, about 30 min. the tow truck man showed up explaining that he was in the shower when he got my call from AAA… And then went on to say that this was his first unlock call.  I should have know….But, trying to be patience (after all I was the one who laid my keys on the back seat)  I was quite nice and told the man “no big deal. Take your time. I’m sure you can do it”  Well…..About, 10 minuets in he broke his unlock tool.  And then got really frustrated.  He said he was going to call and try and find another.  Still trying to be relaxed about the situation,  I said okay.  It’s find things happen…He seemed very nervous about the whole thing….I was hoping that I would not make it worse.  Anyway, he called around to several stores.  Even the local Auto Zone (auto parts store) no one had the “unlock tool”  He got extremely frustrated at this point and kept telling me “I can’t believe that anyone dose not carry the unlock tool”  At this point, Jamie Hood comes out and apologies and offers to help.  He had been inside with other customers and did not know I was having car problems.  I explained to him what hand happened and he went on.  Over the next hour, while the towing company man tried to find a new tool.  I sat inside the Jewelry store.   Jamie offered several times to call a locksmith.  And I said no.  Because, this guy was here and I didn’t want to get even more people involved in my stupidly.  Twice the jewelry repair man went out offering to help.  Jamie offered help to me several times.  Finally, someone showed with a new unlock tool.  Unfortunately for the towing company this did not help.  They still could not unlock my car.   I called Mike telling him my situation.  And we were discussing what to do. When I turned around…Jamie Hood was on the phone with a locksmith and had them on the way.  The locksmith showed up and and had the car unlocked in about 10 minuets.  Mike, showed up about the same time as the locksmith and we had a nice little conversation about AAA.  The things I learned from this situation 1. AAA calls a tow truck for everything.  So, if you ever lock your keys in your car call the locksmith yourself.  AAA will reimburse you.  2. I am glad that the auto parts stores do not carry the “unlock tool” for every tom, dick, and harry  to walk in and purchase.   I mean come on really???? tow truck man!!!!!!  3. When you lock your keys in a car,  it can take a village to unlock!!!!   All this brings me to making a manly card to thank Jamie for all his help!  Sometimes, the smallest of things can make the biggest of difference between a good day  and a bad day.  Jamie made this day not so bad.  Yes, I did not get squat done.  Because, I locked my keys in the car.  And yes, to took three hours to resolve the issue.  But, because Jamie called a locksmith and even paid him!  It made me believe in the good of mankind .  And we need more people like him in the world.  People willing to be nice for the sake of being nice!!!!

So, for my manly card.  I pulled out the stamp set In The Meadow.  I adore the sketched look of this stamp set.  It is perfect for coloring.

Recently, I have been working on my watercolor skills.  Watercolor is one of those things that takes lots of practice to get better.  So I am always practicing.  I love using my stamps as a guide for watercolor.  I can’t draw a stick figure.  So, stamps give me a image to work with and practice my skills.

My friend Lydia has been using a # over on Instagram that I just love.  #imbringingthankyouback  I think is is time that we all remember to say thank you to those around us.  This world is full of kindness if we just keep our minds open to it!

One last thing, Kylie Bertucci is have a International Blog Highlight over at Crafty Kylie.  So be sure to hop over and see all the Highlights from all over the World.  You can even vote for your favorite card.

Have a great day!

Lighthearted Leaves was one of my “must have” stamp sets on the wish list for the Holiday Catalog.  I enjoy watercoloring and coloring in general.  And this stamp set is perfect  for any coloring technique.  And it has a very Bohemian fill.  Witch I love.

I have know for a while now I wanted to use the big maple leaf for a fall card.  I started making a card that would feature that beautiful Maple.  But, as I worked the beauty of the Maple was not shining through.  I finally, went another direction.  The results are quite different from my original idea.  But, I do love it!!!!  When preparing to work with lighthearted leaves I go myself a little stash of M&M’s to munch on while I work.  Well, right there in my bowl of M&M’s was my color inspiration!!!  Who would have guessed???? It goes to prove that inspiration can come from anywhere at any time.  We just have to be open to it!!!!

Now I did add Old Olive to the color round up you see above!

Wallah….a beautiful card!!! Don’t forget to decorate the envelope.  This makes it extra special and pretty for the trip through the mail!!! Thank You for stopping by Westside Paper Creations.  It is Friday!!! I am supper excited for the start of College Football tomarrow!  I will get to watch all my favorite teams play ball.  And it is always a good excuse to avoid any chores…..I hope to see you back here soon.

The Fab Friday group of Stampers are back with another great challenge for us.  This challenge is a color challenge that uses Lost Lagoon, Blackberry Bliss, and Mossy Meadow.  Now, if you read yesterday’s post you may be thinking that these colors are familiar. And, yes they are the colors in the Christmas Card from yesterday.  But, that card had been designed  several weeks ago. So I wanted to come up with a new card that was completely different for this Challenge.  I wanted to challenge myself and play along with the talented design team over at Fab Friday. Check out all the great cards by the Fab Friday Design Team.

This is the banner for the Fab Friday Challenge:

So, today’s card is for a college roommate. Nan and I try to have dinner every so often.  I have missed the last two secluded dinner meeting for one reason or the other.  I decided that it was time to tell her hello and that I am so sorry for bailing out! I hope we get to catch up soon and that she know I miss her.  Along with my other roommate.  I need to make them a card also.  We all have such busy lives it is hard to keep in touch.  I note is a great little way to say, “I’m thinking of you” or “I miss you”.  Friends are  so important in life.  It’s nice to know that we can still connect with long time friends.

Here is my Card:

This card is a clean and simple one layer card.  That really depends on a great color scheme to bring the card together.  I Love the simple scripted hello.  It is from the new  Greetings thinlits.   In the greetings thinlits you get three scriped words hello, thanks, and  cheers.   You may recognize the dot’s from Tuesday’s post.  They are the dots from Watercolor Wings.  I told you that I love dot’s and that you would be seeing more of them…..I’m sure this still holds true….More dot’s are yet to come.

Here are the details of today’s card:

That’s it. So simple and clean.  Now if you really want to make your card stand out.  Remember to decorate your envelope.  I went slightly over board with my envelope decorating.  I like it though. And my friend Nan will know that I miss seeing her. Thank You for stopping by Westside Paper Creations.  Remember to check out all the great designs by the Fab Friday Challenge Team and others playing along with them at Fab Friday.  Have a great Thursday.  I hope to meet you back here tomorrow.  Be Fabulous :> 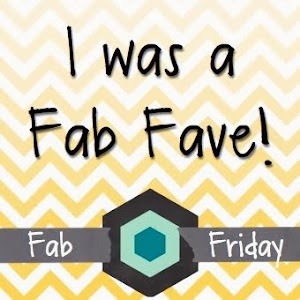 "It's always a good time
to play with ink."